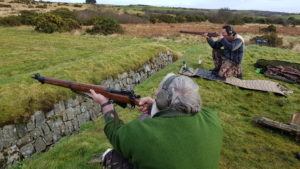 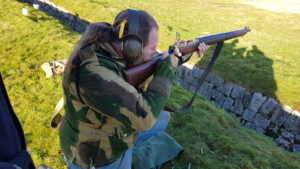 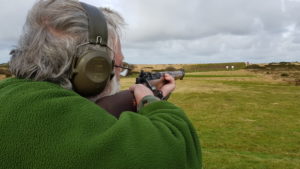 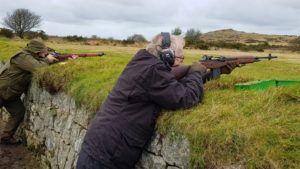 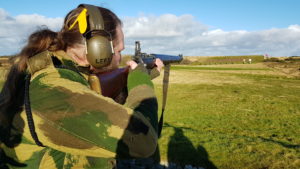 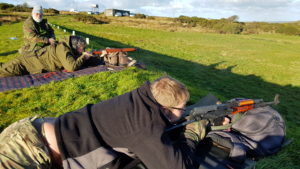 The 2017 Service Rifle Competition was held at Millpool on the 16th od December.

There were 13 shooters, in the beautiful sunshine, a gentle breeze but chilly.

The course of fire was:

Stage 2. 200 yds, Standings & Kneeling slings only, Fig11, One round standing, one round kneeling per exposure, 5 exposures of 10 seconds each.

Stage 6, Bayonet Charge, cancelled due to the old age of competitors!

A great course of fire by Christian & Robert Meheux.

Quite tricky COF, as the only pointed shots for the whole comp was the first 5 at 500 yds, then you were on your own.

You had a maximum of 80 rounds only, so you had to plan how you were going to shoot the stages, and not run out of rounds.