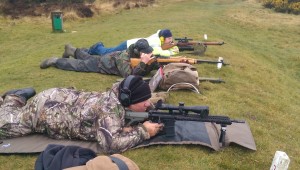 c pieces more than a century old, to modern finely-tuned target rifles; from little .17HMR through to buffalo guns, we shoot them all. Most club members have a small calibre rifle, .22LR or perhaps .17HMR, which they shoot at Parracombe. There is a strong contingence in the club who shoot historic weapons, mostly variants of the .303, but with some more exotic pieces as well. Sporting rifles are in evidence at every meeting, as are the precision tools; the highly accurate target rifles which can put every shot through the same hole, even if the shooter can’t. Favourite calibres are 7.62Nato/308Rem and .223Rem – even at 600yds at Millpool.

If you are the sort of person who likes paraphernalia, who hankers for a long-lost era, who likes a ‘boom’ more than a ‘bang’, who is not concerned with a rate of fire measured in minutes per round, rather than rounds per minute, then come and hang out with our other ‘smokers’. 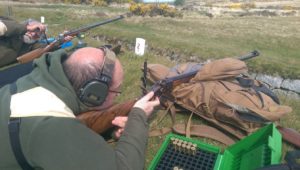 Pistol and Gallery Rifle
They are not the pistols they used to be, they belch clouds of black-powder smoke or have barrels four feet long, but some people still like to hold their firearms at the back end, whilst trying to hold them steady and attempt to make a
hole somewhere in the target. If this is the sort of thing you like doing, you won’t be alone. 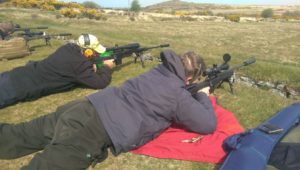 Club Rifles
Tamar Rangers has a number of club rifles for use for probationers and members.
These range from .22RF bolt and semi-automatic rifles, .223 rifles through to 7.62 rifles.
The club also holds large ammunition stocks, which can be purchased by probationers and full members.